Playboy model of the year sexually harasses woman in gym 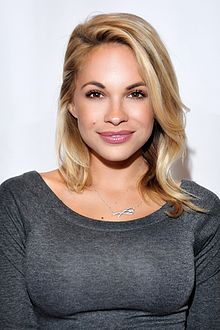 By now you have probably already heard about Dani Mathers photographing a woman naked at an L. A. Fitness gym and posting it on her Snapchat account. I won’t post a link because I don’t want to link to the woman she violated and further disrupt her life. You can look up the story if you are not familiar with the details, but what you need to know is that Mathers photographed the woman and posted it next to herself grinning and covering up her mouth like it was a joke with the caption, “If I can’t unsee this then you can’t either.”

Like Virgie Tovar said in her blog earlier this week, this incident is being referred to as bullying or body shaming when, in reality, it is a case of sexual assault. A woman was photographed nude without her consent, and many people are calling for her arrest as a result. Had it been a stalker who did this, he might already be in police custody.

L. A. Fitness banned Mathers for life upon hearing about the crime. Mathers also lost her radio show job when it became public, but L. A. Fitness took it a step further and did the right thing by their client by filing a police report on her for the crime. If the woman Mathers harassed comes forward to file charges, Mathers could face a misdemeanor charge.

I would love to be hopeful that this case will make people take personal privacy and body shaming more seriously, that it will wake people up and suddenly develop some sense of humanity, but given our fat phobic culture, our pocket cameras and lack of propriety on the Internet as a culture, I can’t say that I will hold my breath.

What I will do, though, is thank L. A. Fitness for standing up against this crime and ask that all other businesses do the same. A representative of the company made it clear that not only did Mathers explicitly violate the company’s policy against using cell phones and cameras in the locker rooms, but that, “Her behavior is appalling and puts every member at risk of losing their privacy. Her membership has been permanently revoked, at all our health clubs, and law enforcement has been notified.”

The spokesperson also reminded the public that not using phones in a locker room is “common decency,” which every human should know without having to be told.

We Support
Climate Activism
Click to reach the League of Conservation Voters.
Conversation Processing Intelligence™ beta website!
Click here to visit the hub of the Klat Network.
This site is part of the Klat network of blogs, forums, and communities.

The Truth About Milk

The Sun and Vitamin D